Isn’t it funny how some days don’t seem to start off on the right foot…and then by the end of the day, you look back and see how it was one of the very best days?

I woke up one day with a feeling of dread.  There were several things I had to do, and some days “adulting” is hard work, lol!  But there is an undeniable feeling like I’ve conquered the world when those tasks are accomplished!  I set aside my “feelings” and got right to getting my business done.

Around lunchtime that day, I stopped in to see someone who was in the hospital.  After the visit, I meandered through the lobby and heard the sounds of Christmas Carols being played on the grand piano.  I decided to sit for a few minutes to take in the music.  So often I am the one playing the piano- and it was so nice to be on the other end and to be able to appreciate this lady’s musical gift.  After a few songs,  the Lord prompted me to go into the cafe to get a cup of coffee.  It was a little strange for me to do- since I had JUST had a cup, but I got up and got into the line.  An older gentleman was ahead of me in the line, and he turned around to me and said this-

“I’ve been here a looooong time… and I want to warn you- this lady isn’t very fast.”  He smiled as he said it- so I could tell he wasn’t in a big hurry.

I said to him- “What’s that saying- good things come to those who wait?  Hopefully whatever we’re getting will be worth the wait!”

He asked me if I worked at the hospital, and I told him no- that I was visiting someone.  I told him I was a pastor and shared with him the various things I do at my church.  He then said he was here with his wife, who had lots of health issues. They used to go to church but recently stopped attending.  We had the nicest conversation and like that- the line had dwindled and he made his purchase.

I paid for my cup of coffee and saw the gentleman sitting with his wife just outside of the coffee shop.  I walked over to them and I introduced myself to his beautiful wife.  You would have never known she was sick.  She was stunning- I would even say she was glowing that day.

“Would you mind if I prayed for you?”  I asked the lady.

“I would love that.”

I knelt down and put my arms around them both and prayed.  I watched them reach for each others hands.  They were holding their hands so tightly together that I could see them shaking.

It was such a beautiful moment.

and you know who else was present?

Good things will always come when we walk with Jesus.

if we will keep our eyes open!

For the Lord your God is living among you.
He is a mighty savior.
He will take delight in you with gladness.
With his love, he will calm all your fears.
He will rejoice over you with joyful songs.- Zephaniah 3:17 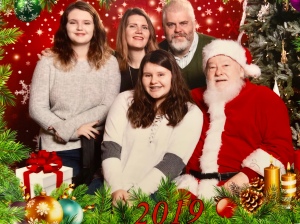 One thought on “good things come…”